Two years ago a colleague of mine showed me this very cute figurine (pop): Potted Baby Groot from Guardians of the Galaxy. I just had to have it! Besides the fact that it is my favorite character from the movies, it was just a collectors item you had to own. It brightens up every desk at work. Looks good in every interior because of it’s color combination. And it makes you go “awe” every time you look at it. What more could you ask for?

I never thought I would ever get addicted to toys in general, or as we like to say, figurines. I’m 31, grown up (as much I would like to believe) and I own now 48 of these so-called FunkoPOPS. It’s addicting. Once you start discovering the whole collectors-world behind it, it’s even better than coffee. Well … almost 😉

As I said, it all started two years ago. Potted Baby Groot bobblehead was my first. I could not only buy him, he had to have some sort of company for sure. So I purchased Wall•e as well, from the beloved Pixar movie. So far so good. They kept me company for almost 2 years at work. While I was on holiday, my colleagues took care of them. I’m a Graphic Designer, so i’m surrounded by fellow geeks.

Through the years I had seen some great characters. Some which I would love to own. But I never actually did it. Until february 2017, and I decided it was time. Time to take the plunge, dive into the great world of FunkoPOP! Now, 6 months later, I own 48 of these little friends. I’m not really into completing whole series, especially not the big ones (Batman, Captain America, Iron Man etc.) which have too many variants in my opinion. Instead I like to collect the weird odd ones. I own the Captain America Sepia variant (75th anniversary exclusive to Amazon) next to the Iron Man / Captain America double pack. All the other variations I don’t care for much.

Of course you would like to keep track of this all. Besides the fact that it is nice to see what your collection is worth, you can also add your favorites to a “want” list. On my current want-list I have Pink Rainbow Batman, Rocket & Baby Groot Marvel Collector Corps Exclusive, Agnes (Despicable Me), Jay and Silent Bob and Belle (the original) among others. I keep track of this all in my Covetly App.

In Box or Out Of Box?

While I started as a in box collector, I soon went to the dark side, and decided to unbox my pops. They look better, in my opinion, when they are free. Although I do keep all the boxes and inserts (little plastic filling to keep the FunkoPOP! in place within the box) safe in a big box. If I ever decide to part with a pop, I can sell them with complete package, which adds value.

It’s really addicting, they even have several groups on Facebook which you can join. To meet fellow collectors, to sell or trade FunkoPOP! and to discuss new announced pops or show off your collection. Care to join us? You know you want to!

You can find my FunkoPOP! photography on instagram: @deviantgeek86 or on this page /deviantgeek86. 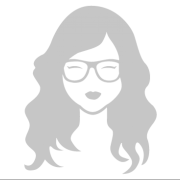 You can find me on …